of people who have faced immense struggles,

Italian Documentary Photographer Rocco Rorandelli will be joining us next week to talk about his work and his unique approach to photography. Learn more about Rorandelli in this profile, created by NYU Florence students Helen Bermudes, Emma Comrie, and Gabby Lozano.

Email us if you want to volunteer as a writer, reporter, photographer, videographer... any form of creative and insightful content is welcome!

Wanna collab with us?

LPD is always on the lookout for content creators! > 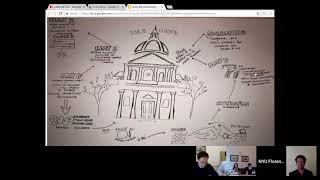 The 50th anniversary of the epic year 1968 seems to have coincided with the potential birth of another student led social movements originating in the wake of continued gun violence. In the 1960s, the Vietnam War and Civil Rights Movements challenged injustice and institutions in the public arena. The Prague Spring, Paris protests of May 1968, and the responses to the assassinations of Martin Luther King Jr. and Robert F. Kennedy Jr. in the U.S. are only the beginning in a ca

Activism at an Intersection: A Conversation with Angela Davis & Gina Dent

Davis and Dent sat down with La Pietra Dialogues Editing interns, Tia Glista and Katia Taylor, on May 1, to discuss different challenges in

Who Is Angela Davis?

On Monday, April 23 at Spazio Alfieri, activists and scholars Angela Davis and Gina Dent delivered a dialogue about their past and continuing social activism. The event will be followed by a round table discussion with Davis and Dent today, Tuesday, April 24 at 6 p.m., open to twenty-five NYU Florence students who applied for a spot. Angela Davis is one of the most well-known radical activists from the Civil Rights era. She was born in 1944 in Birmingham, Alabama where she gr

What is Prison Abolition and Why Does it Matter?

Understand incarceration in the United States - from for-profit prisons, to human rights abuses, and what is being done to change the system

An Interactive History of Student Activism From the 1960s to Today

Take a look at an interactive map that charts some of the most important student protest movements since from the 1960’s up to now.

5 Fundamentals: Politics in the Middle East Since 2000

From the Iraq war, ISIS, and the Arab Spring, we take a look at some key events in Middle Eastern politics since the early-2000s, and how th

In October 2017, several American actresses accused Hollywood producer Harvey Weinstein of sexual harassment. It was not long before the hashtag #MeToo was tweeted as a response to this news story, and the hashtag became the name of a global movement. Anybody who identified as a person harassed by a man in a position of power could use the hashtag #MeToo. When Weinstein was fired from his company, it became clear that #MeToo was strong enough to make an impact. It was suddenl

Gun Violence: When Will It End?

A tragedy like the mass shooting at this Florida high school should never be considered commonplace, but in the U.S., mass casualties due to
1
2